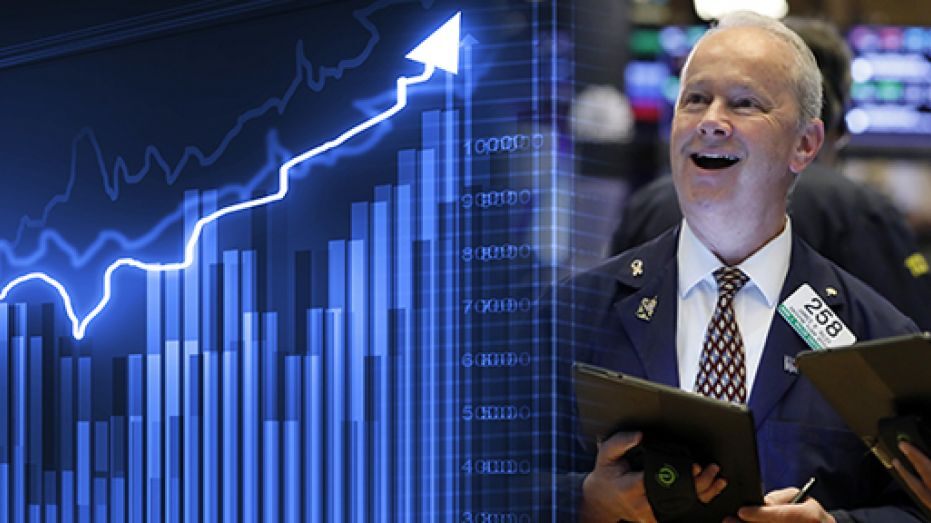 The holiday-shortened week saw the markets continue to melt up with the Dow and S&P500 hitting record highs. For the week, the Dow added 0.7% closing at 28,645 while the S&P added 0.6% finishing at 3240. Nasdaq continued its upward journey as well adding 0.9% and ending the week at 9006.

The year has been a good one for stocks, bonds and gold. Through Friday, December 27, the Dow is up 23% while the S&P returned 29% and the tech-heavy Nasdaq gave investors a 36% return. Investors poured money into both stocks and bonds. The Bloomberg Barclays Aggregate Bond Index rose 8% in 2019. According to Morningstar, bond ETF’s (exchange traded funds) saw $146 billion of inflows while stock ETF’s added $165 billion.

Expansion of PE ratios (price earnings) drove the markets as the average PE for U.S. stocks expanded from 15.6 to 18.3 in 2019.  The PE expansion was driven by a decline in interest rates. Predictions abound for 2020 as well as the next decade with the majority of Wall Street gurus calling for a continued climb. The average S&P500 consensus target according to Barron’s is 3350, a 3.4% rise from Friday’s close.

At the end of 2018, expectations were for rates to begin rising. Instead, the Fed reversed and cut rates three times. The flood of liquidity, essentially the continuation of QE, flowed into stocks.  U.S. companies swallowed up this cheap debt and used it for share repurchases according to Nicholas Colas, co-founder of DataTrek Research. He noted in a Barron’s article that 334 of the S&P500 companies shrank their outstanding shares in the past year by borrowing cheap debt and using it to repurchase shares. Of that total, 115 of companies, cut their share count by 4% or more. The fact that the U.S. government runs a trillion-dollar deficit with the economy at full employment has barley raised an eyebrow.

According to Richard Bernstein of Richard Bernstein Advisors, the missing ingredient is inflation. He noted that the five-year trend in core inflation (subtracting food and energy) is at a five-year high while small companies are planning to increase worker wages by the most in 30 years. Powell has stated that the Fed won’t raise its short-term rates unless there is a rise in inflation that’s “significant and persistent”.

While bond bulls are betting on a further decline in yields with predictions as low as 1.25% for the 10-year Treasury (which yielded 1.90% as of last week), the risk of rising yields is underestimated. If the 10-year rate rose to just 2.25%, a full point lower than where it stood in September 2018, it would produce a decline in bond prices to wipe out all of 2019’s gains.

Bernstein favors asset classes which can benefit from inflation such as emerging markets and gold. He reminded readers that one tenet of investing is that returns tend to be highest where capital is scarce. With the past decade of capital flowing into private equity, stocks and bonds while exiting emerging markets, he noted that post the dot-com bubble emerging markets went on to exceed returns from venture capital by 14 percentage points a year from 2000-2009.

Gold benefits from both rising inflation as well as uncertainty and volatility. Gold is becoming a store of value in parts of the world which could suffer if the reversal of globalization becomes acute. Gold is already becoming a growing portion of central banks’ reserves while foreign governments have been reducing their ownership of U.S Treasury securities.

Not only have stocks and bonds soared over the past decade but so has debt of every type. Jim Rickards was quoted in a Zerohedge article stating that the debt bubble is not sustainable and remains a huge risk. Debt works if there is a positive return to service the costs. According to the IIF (Institute of International Finance) global debt has grown from $80 trillion in 1999 to $255 trillion and is running at 330% of global GDP.

The mantra has been “don’t fight the Fed” and FOMO – fear of missing out – has guided many a portfolio manager. As the year closes with double digit gains, managers have increased their equity allocations as they need those year-end closes to at least come close to the return of their benchmark indices.

Rickards cautions that it may not take much to trigger a debt crisis and the size of it will be something not seen since the 1930’s. Corporations as well as government and individuals have added more debt at cheap rates. Student loans, car loans, mortgage debt all weigh heavily on the average household. At an estimated $1.6 trillion, student loan debt is larger than the accrued level of auto-debt as well as credit cards.

Rates can rise without the Fed actually raising rates. A rise in rates can wreak havoc on a company’s balance sheet as well as individuals whose income is not rising in lock step. Be wary of the type of debt in your portfolio as well as the duration.

Lance Roberts publishes the RealInvestment Advice blog and is often quoted in Zerohedge articles. This past weekend, he pointed out that all good things come to an end. Predictions of another 1, 10 or 15 years of rising stocks is going to prove a fallacy. He noted that annualized returns are one of the more mean-reverting series in the financial markets. A decade of high returns is inevitably followed by subsequent low and even negative returns.

While the average Wall Street investment firm is predicting single digit returns for the next decade, that can come in ways investors are not fully prepared to face. Household net-worth has increased as a percentage of GDP but the fact is that wealth disparity continues to grow.

The record gains for stocks has largely benefited the top 20% of income earners. Ben Garrison of GrrrGraphics pointed out that 50% of Americans own no stocks whatsoever. Asset growth has outstripped economic growth and debt to GDP levels have risen to record highs as well.

Mr. Roberts predicts that the markets’ overextended and overbought status is not likely to last into the first quarter of 2020. While not predicting the onset of a bear market, he does believe the markets will correct 5-10% in January or February.

If that were to take place, you need to be sure your portfolio is set up to either hedge that risk or you are prepared to weather the storm. If approaching or in retirement, you should especially take heed as time value is not on your side.

This information is provided for general information only, and is not intended as personalized investment advice. Reading the above is in no way intended to be a substitute for individualized investment advice, and no conclusions should be drawn from this information regarding any potential investment. All readers should contact their professional investment, legal and tax advisors before entering into any investment or investment agreement. Past performance of any index, market, sector, or investment is not necessarily indicative of future returns. Any index referenced herein references historical results. They are also unmanaged and cannot be invested in directly. Some information in the above is gleaned from third party sources, and while believed to be reliable, is not independently verified. Please contact Kathy Boyle for more information at kboyle@chapinhill.com.